A downloadable game for Windows

LAUNCH OF PRICE of $6.99 applies until November 1!

Jet Buster is a 90s-styled anthromorphic shmup, going back to the unusual
shmups of the early 90s that were going against the standard spaceship
fare at the time.

The year is 2182, it's been almost a decade since the Zeno Wars have
ended, with the threat no more, civlizations all across the galaxy have
begun to rebuild their society. One such civlization, are the weird
humanoid animals living on what humans named, Earth "J", the home planet
of none other than Makoto Kitsune, the rather odd Fox woman who helped
win the Zeno Wars. And she's... a J-Pop idol?

However, peace didn't last long as... some mean-spirited animals clearly
don't want her singing! Her tours being constantly ruined by some angry
people, Makoto got mad, so mad, she became a crimesweeper, going on a
personal vendetta against those who ruined her musical tours. This
musical, is gonna be full of bullets.

Jet Buster is a more accessible shoot-em'up compared to the previous
Grybanser Fox titles, where Normal is 100% serious about being Normal.
Of course, there's always an Expert mode for those who are looking
forward for a bigger challenge.

So simply, pick a character, shoot things, pick up coins OR transform
coins into gold for those juicy EXTRA POINTS! And collect gold, to
unlock more content.

- Early 90s game visuals, taking some notes from certain developers of that era.

In order to download this game you must purchase it at or above the minimum price of $9.99 USD. You will get access to the following files: 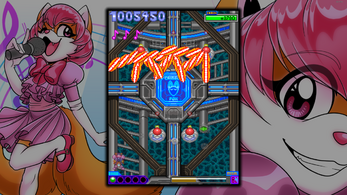 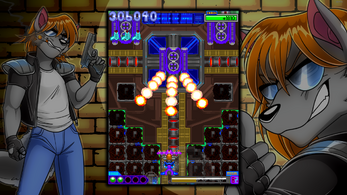 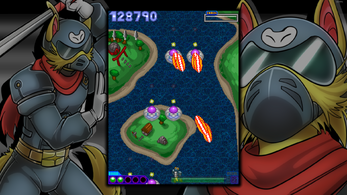 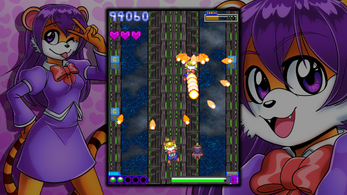 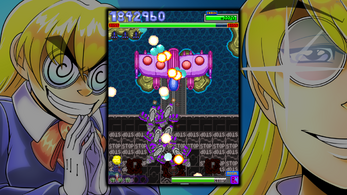